Based on a list of the names of angels compiled by Umberto Eco, From Abdizuel to Zymeloz is an installation made out of four hundred and ten pieces of fabrics ranging from white to black and passing through the entire color spectrum. Each piece is embroidered with an angelŌĆÖs name. Four hundred and ten samples of what things could be likeŌĆöhue, texture, printed pattern or monochrome surface, opaque or transparent, smooth or striated. When a child is named, two lists are traditionally composed before the birth. Here there is only one. 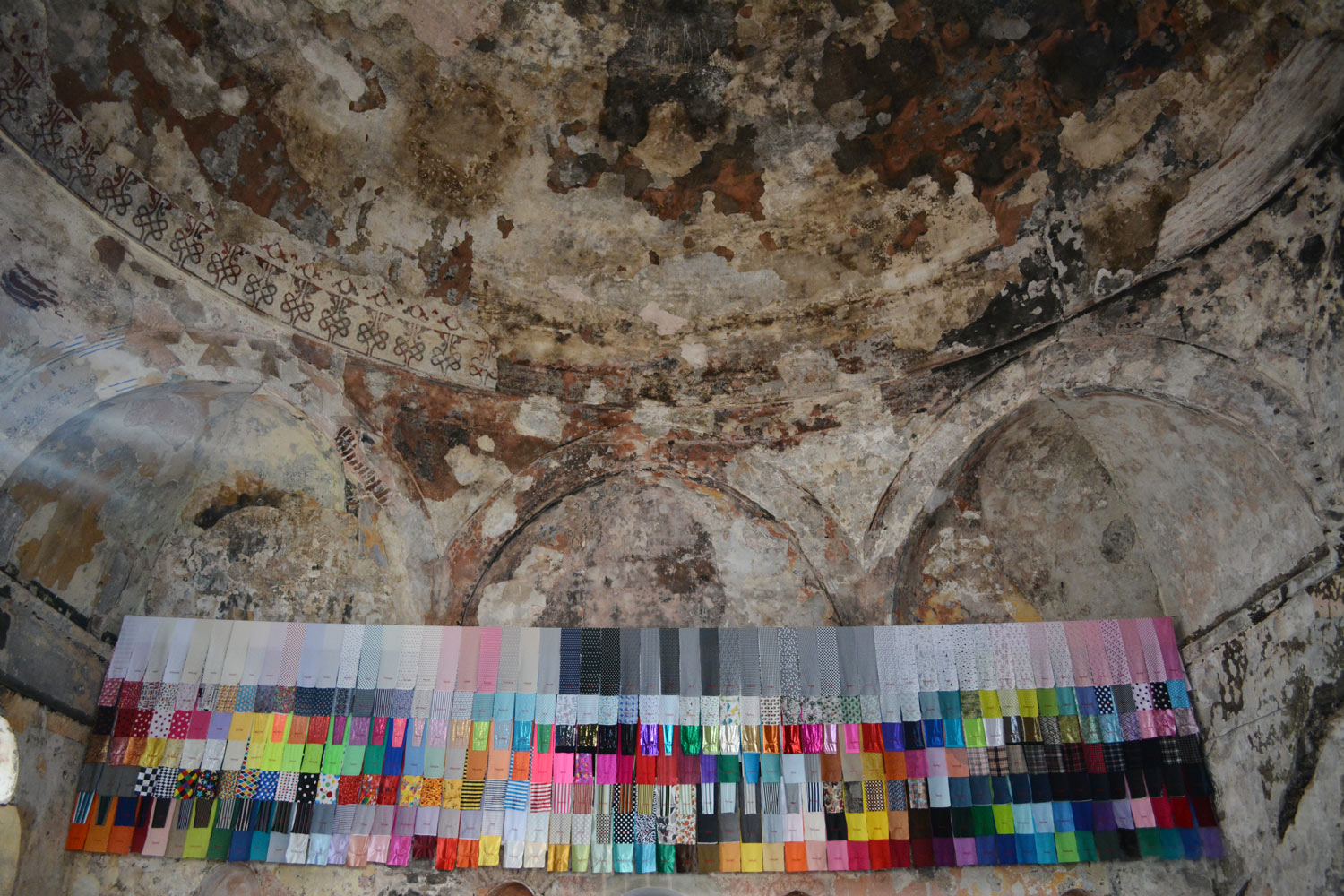 Additional information about A Dependency Relationship: Does feminism need separatism and/or art?

Laura Iamurri, PhD, is Associate Professor of History of Modern Art and part of the doctoral program at the Dipartimento di Studi Umanistici, Universit├Ā Roma Tre.
She works and conducts researches on different types of artistic, editorial or institutional practices, visual cultures, and connections between artists, critics, periodicals, galleries, and museums in the 20th century, chiefly in Italy and with special attention to the political context. She curated the new edition of Carla Lonzi, Autoritratto (Milan, 2010) and co-curated Scritti sullŌĆÖarte (with L. Conte and V. Martini; Milan, 2012). She has recently published the book Un margine che sfugge: Carla Lonzi e lŌĆÖarte in Italia, 1955ŌĆō1970 (Macerata, 2016).

Between 1969 and 1970 Carla Lonzi set aside her work as an art critic to found, along with artist Carla Accardi and journalist Elvira Banotti, one of the most radical movements in Italian feminism: Rivolta Femminile (Female Revolt). The process of transitioning from one field to another raises a series of questions on the role of art in the elaboration of LonziŌĆÖs feminism; on her dialogue with artists Carla Accardi and Luciano Fabro; on the power gradient at stake in relationships between artists and critics; on writing; and on feminism as an irruption into history of an ŌĆ£unexpected subject,ŌĆØ able to redefine relationships on the basis of reciprocal recognition.

Quinn Latimer is a poet, art critic, and editor from California whose work often explores feminist economies of writing, reading, and image production. Her most recent book is Like a Woman: Essays, Readings, Poems (Berlin, 2017), and she was editor-in-chief of publications for documenta 14.

In Doubling the Line, Latimer will discuss the constant loop between poetic and critical writing practices as they approach or attempt to narrate visual art production. Her talk will focus on feminist literary and art practices in particular, as examined in her most recent book.

Federica Martini, PhD, is an art historian and curator. She worked in the Curatorial Departments of the Castello di Rivoli Museum of Contemporary Art, Mus├®e Jenisch Vevey, and Mus├®e cantonal des Beaux-Arts, Lausanne. From 2015 to 2016 she was a fellow of the Swiss Institute in Rome. From 2009 to 2017, she was head of the masterŌĆÖs program MAPS ŌĆō Arts in Public Spheres at the Ecole Cantonale dŌĆÖArt du Valais, Sierre (ECAV), and since 2009 she has also been part of the independent art space standard/deluxe, Lausanne. In January 2018, she was appointed Dean of Visual Arts at ECAV.

As a starting point for her contribution to From Abdizuel to Zymeloz, Federica Martini proposes two quotes by Maria Lai:

ŌĆ£I was twice a stranger, first because I was Sardinian, wild, primitive, and second for being the only woman amongst Arturo MartiniŌĆÖs students at the Academy [Accademia di Belle Arti] in Venice. Arturo Martini was still from that generation that did not give women space in art. He used to say, ŌĆśHere, we do it seriously;ŌĆÖ my presence was an obstacle for him. But I did not doubt that I was in the right place, even though I was thinking of Sardinia and of my family, with the remorse of a betrayal.ŌĆØ
Al Gigante lass├╣: Omaggio a Nivola (To the Giant Up There: Homage to Nivola), 2008.

ŌĆ£I began with GramsciŌĆÖs notebooks [Prison Notebooks]. He gave me an image, and I started from there. He said that art must reach the man in the street. When a worker goes to work, doing the same commute every day, he doesnŌĆÖt notice the architectural works he sees. However, in this way his gaze acquires a visual rhythm.ŌĆØ

Angela Marzullo is an artist born in 1971 in Zurich, Switzerland, of Italian origin on her fatherŌĆÖs side and Swiss on her motherŌĆÖs. As a videographer, she combines video art and performance exploring feminist questions, which are at the heart of all her artistic endeavors. In 2010 she was awarded a residency at the Swiss Institute in Rome. During that year, she produced an experimental short film, Concettina, based on the Lutheran Letters of P.┬ĀP. Pasolini, with her two daughters as the main actresses. Since 2003, she has undertaken a practice of critical artistic transmission through a new series of works.

Sputiamo su Hegel (LetŌĆÖs Spit on Hegel, 2015, 10 min.) is the title of Angela MarzulloŌĆÖs latest video, made in collaboration with Michael Hofer, the final work of a ten-year process of artistic research analyzing the critical thinking of the 1960s and 1970s and revitalizing such thinking with a feminist bent, through the voices of her two daughters, ŌĆ£starkidsŌĆØ Lucie and Stella. Sputiamo su Hegel is also the title of the book-length manifesto of Rivolta Femminile, the seminal group in Italian feminism, written by art critic Carla Lonzi.

The project was supported by Erna and Curt Burgauer Stiftung, and by Georges and Jenny Bloch Stiftung. 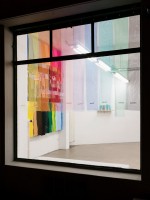